Drawing from art theorist André Malraux’s observation that “The museum invites comparison of each of the expressions of the world it brings together, and forces us to question what it is that brings them together,”­ what indeed brings comics and museums into dialogue and/or dispute about/over exhibitionary spaces and praxis? If we consider that recently there has been a surge of comics exhibitions worldwide in both government-sanctioned museums as well as the privately-owned art galleries, what do we make of this long and fraught relationship between art and comics worlds today? In our examination, we must also keep in mind comics scholar Bart Beaty’s analysis about END_OF_DOCUMENT_TOKEN_TO_BE_REPLACED

In contemporary America, popular culture has become one of the primary spaces in which political debates are enacted. The Gamergate movement in video game criticism, which helped lead to the rise of the “alt-right,” demonstrates how popular culture not only comments on America’s cultural and political divides but is itself a site of political contention. This is just as true of comics as of other cultural forms, as suggested, for example, by the South Carolina government’s retaliation against universities that selected Fun Home as a common book, or the respective use of Ms. Marvel and Pepe the Frog as anti-Islamophobic and racist symbols. We solicit papers on END_OF_DOCUMENT_TOKEN_TO_BE_REPLACED

Drawing the Line: Comics and Adaptation While comics adaptations have frequently been derided for “dumbing down” great works of literature through adaptation, recent movie adaptations of comics have conquered the box office and brought new attention to the medium. These intriguing developments beg the questions—How might comics be transformed by such adaptations? What is the potential for comics in reworking other forms? Recent books, such as Stephen Tabachnick and Esther Bendit Saltzman’s anthology Drawn from the Classics (2015) and the University of Leicester Conference (2015) on “Comics and Adaptation in the European Context” indicate growing academic interest in issues surrounding comics adaptations. This roundtable END_OF_DOCUMENT_TOKEN_TO_BE_REPLACED

Graphic Narrative, Comics, and Temporality Whether we consider the fragmentation of time in the Dr. Manhattan chapter of Alan Moore and Dave Gibbons’ Watchmen, or Art Spiegleman’s intermingling of his father’s WWII past with his present as narrator in Maus, rendering time as space has been one of the most unique and commented upon formal aspects of the graphic novel. More recent, innovative graphic narratives that deliberately foreground time include Richard McGuire’s Here and Chris Ware’s Building Stories. This panel seeks new scholarly work on the representation of temporality in comics and graphic narratives, with a particular attention to the formal qualities of comics. Papers END_OF_DOCUMENT_TOKEN_TO_BE_REPLACED 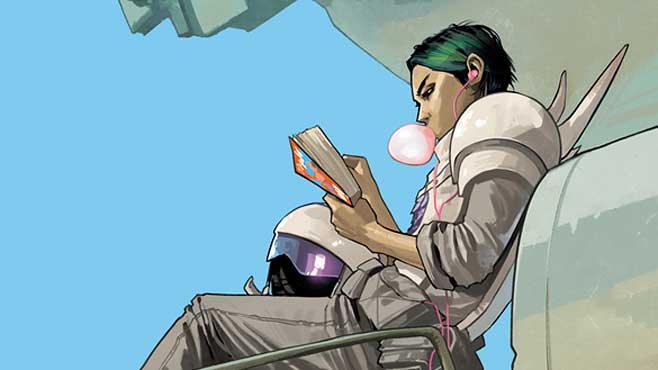 Alien Lines: Science Fiction Comics The medium of comics—often dominated by genres bound to contemporary concerns or enduring conventions—remains marginal in the study of science fiction. Likewise, the oldest questions driving science fiction scholarship—identity and difference, self and other, chance and futurity—have not been central to comics studies. In short, we have rarely asked: how do the central projects of science fiction manifest in comics form? The Forum on Speculative Fiction and the Forum on Comics and Graphic Narratives therefore invite papers that explore this question. We especially desire proposals focused on the ways difference, otherness and futurity manifest on the comics page. How does END_OF_DOCUMENT_TOKEN_TO_BE_REPLACED

Ever since the days of William Hogarth and his brand of pictorial satire, expressing an opinion on the politics of the day in print demanded a combination of humor, hyperbole, and caricature in its illustration. By the 19th century, the periodical Punch appropriated the term ‘cartoon’—a finished preliminary sketch on a large piece of cardboard—to refer to its political, pictorial editorials. At the height of the turn of the century, the editorial cartoon was deeply imbedded in commenting on art, politics, and immigration in order to draw attention to corruption and other social ills. The Discussion Group on Comics and Graphic Narratives seeks papers that END_OF_DOCUMENT_TOKEN_TO_BE_REPLACED

The 2014 edited collection Contemporary Latina-o Media included no essays on comics. This is not, perhaps, surprising; at present, comics remain marginalized in ways that keep the medium from being as central to cultural and political exchange as print literature, film, television and radio are. However, this very condition makes comics, as a field perpetually “coming of age” yet forever on the margins, productive for thinking about the contemporary disposition of Latina/o culture and politics. The Discussion Group on Comics and Graphic Narratives and the Division on Comparative Studies in Twentieth Century Literature therefore invite papers that explore connections between the medium of comics and END_OF_DOCUMENT_TOKEN_TO_BE_REPLACED

Charlie-Hebdo and its Publics Ever since the tragic murders of staff members of French satirical newspaper Charlie Hebdo, there have been heated discussions in the public sphere regarding free speech, religious expression, and the power of satire. Reactions have differed dramatically among national and social groups, East and West. These varied discourses are amplified by the globalization and the internet, and raise questions about how images can or cannot circulate within specific national or religious contexts. For the 2016 MLA theme “Literature and its Publics,” this panel seeks contributions that examine the Charlie Hebdo in the context of different traditions of editorial cartooning, and from END_OF_DOCUMENT_TOKEN_TO_BE_REPLACED

Call for Papers for a proposed panel at the Modern Language Association (MLA) Annual Convention, 8-11 Jan. 2015, in Vancouver. Jointly sponsored by the MLA Division on European Literary Relations and the MLA Discussion Group on Comics and Graphic Narratives. Recently, the Cité Nationale de l’Histoire de l’Immigration in Paris staged an exhibition “Albums-Bande dessinée et immigration: 1913-2013” (October 16, 2013 – April 27, 2014) which brought together comics sketches and magazines from 1913 to the present that depict the immigrant experience and how immigrants on the fringes of society are attracted to the comics medium.  According to the exhibit’s Curator Hélène Bouillon, “every comic END_OF_DOCUMENT_TOKEN_TO_BE_REPLACED

Call for Papers for a proposed panel at the Modern Language Association (MLA) Annual Convention, 8-11 Jan. 2015, in Vancouver. Sponsored by the MLA Discussion Group on Comics and Graphic Narratives The subject of memory has been central to comics studies.  From Maus and Fun Home to Crisis on Infinite Earths, the capacity of comics to figure and encapsulate the past, whether personal, cultural or historical, has remained a matter of intense critical interest.  We invite all inquiries into the topic of comics and memory, from ongoing discussions of graphic memoirs and mainstream superhero comics to fresh work on any aspect of the medium, or END_OF_DOCUMENT_TOKEN_TO_BE_REPLACED