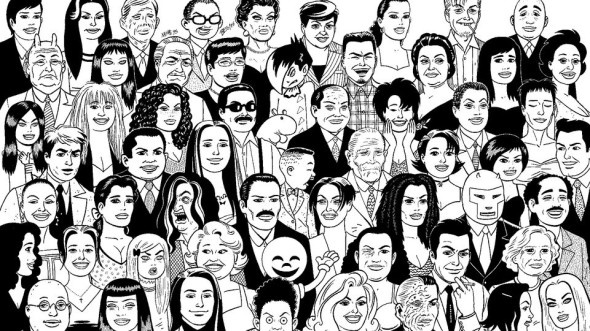 The 2014 edited collection Contemporary Latina-o Media included no essays on comics. This is not, perhaps, surprising; at present, comics remain marginalized in ways that keep the medium from being as central to cultural and political exchange as print literature, film, television and radio are. However, this very condition makes comics, as a field perpetually “coming of age” yet forever on the margins, productive for thinking about the contemporary disposition of Latina/o culture and politics.

The Discussion Group on Comics and Graphic Narratives and the Division on Comparative Studies in Twentieth Century Literature therefore invite papers that explore connections between the medium of comics and the contemporary state of Latina/o media, literature, culture and politics. Productive lines of inquiry might include, but are by no means limited to: questions of identity as they manifest in visual media, the concerns of multinational/border-crossing subjects and practices in the case of a multi-tracked, verbal/visual medium such as comics, and contemporary debates over the value and limits of Latinidad in the context of comics’ ongoing struggles for cultural status. Creators of interest might include Gus Arriola, Hector Cantú, Frank Espinosa, Roberta Gregory, the Hernandez brothers, Laura Molina and Lila Quintero Weaver. Papers on comics of all kinds—short stories and graphic novels, print and digital, newspaper and book-form—are welcome.

Send 250-word abstracts to Christopher Pizzino (cpizzino@uga.edu) by March 15. Acceptances will be announced by early April.

PLEASE NOTE: This CFP is for a proposed, not guaranteed, session at MLA 2016, which means that the session is contingent on approval by the MLA Program Committee. Responses to individual submissions will be sent out by the beginning of April, but the MLA Program Committee will not consider the entire session proposal until after that date. All prospective presenters must be current MLA members by no later than 7 April 2015.