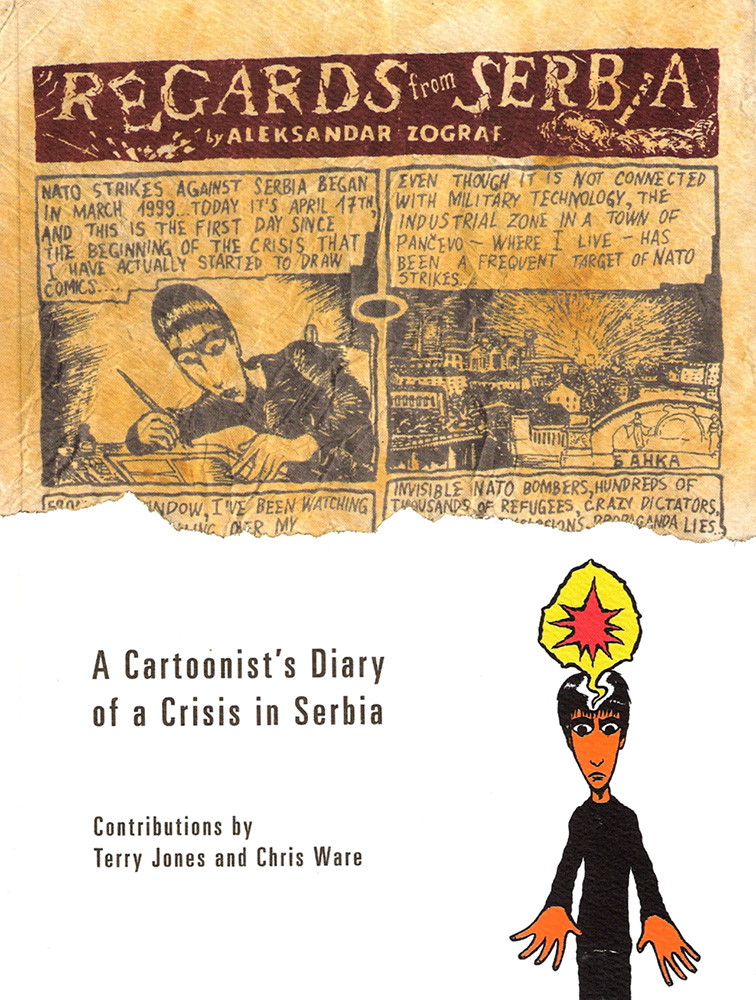 Spurred by the growth of the Internet and wordless communication, transnationalism has come to mean a new way of thinking about the relationships and interconnectivity among cultures, languages, arts, and peoples on the international stage. Comics and graphic narratives have long been a visual and textual testament to this global interaction. Indeed, in these complex and vulnerable times, as globalization refigures what we mean by “worldwide” and cultural forms cross-pollinate across national boundary lines, the prospect of a truly transnational comics studies is more urgent than ever.

The rediscovery of Winsor McCay’s comics in France was part of a critical reevaluation and elevation of the art form that began in the 1960s: in Paris, Pierre Horay published first a collection of “Little Nemo” pages (1969), then Dreams of the Rarebit Fiend as Cauchemars de l’amateur de fondue au chester (1976), and also various drawings and strips, including “Little Sammy Sneeze,” as Rêves éveillés (1978). McCay’s art was read in France by cartoonists and by comics scholars, including Pierre Fresnault-Deruelle and Benoît Peeters. Today McCay remains a key figure in French comics and comics scholarship, as indicated by the publication of a fictional series partly based on McCay’s life and scripted by Thierry Smolderen, and by the title of his scholarly study, Naissances de la bande dessinée: De William Hogarth à Winsor McCay (2009).

This paper focuses on the transmission of a key element of McCay’s work into French comics: the principle of reversibility between dream and reality. Paradoxically this borrowing facilitated what Bruno Lecigne and Jean-Pierre Tamine (1983) describe as a move to a new realism in French comics in the 1970s, which included a focus on racism, social injustice and post-colonial immigrant minorities. Some French cartoonists have incorporated this principle as a narrative pivot for imagining sudden reversals, not just between dream and wakefulness, but also of social and personal destiny, and between life and death. The French comics analyzed in this paper suggest a degree of self-reflexivity regarding comics transmission and adaptation as a loss of innocence, when comics leave behind a world of childhood fantasy to enter an adult world where hopes, dreams and bodies paradoxically become far more vulnerable.

2. “Graphic Memories of Revolution: Women on the Verge in Iran and Lebanon”

In the decade since its appearance, Marjane Satrapi’s Persepolis has stood as the transnational narrative of encounters between Middle Eastern women and nations and the West. While it is a remarkable account of the Iranian 1979 revolution and its aftermath, its preeminence obscures the fact that not all narratives by women from Middle Eastern countries that underwent revolutions in the Seventies to early Eighties engaged in a similar template of self-representation or found as welcoming a home in Western Europe after political upheaval. This paper will examine two lesser-known graphic memoirs in which women from Middle Eastern countries tell stories of coming of age and migration to European nations.

Parsua Bashi’s Nylon Road, first published in German by a small press in Zürich in 2004 and translated into English in 2007, has received little scholarly attention. Yet it engagingly represents the efforts of a young woman who experienced the Iranian revolution and opted to stay in Tehran with her family beyond it, to negotiate her status as an adult immigrant to Zürich who is no longer Iranian but also not Schweizer-German. The narrative’s use of encounters with her past avatars at different ages makes the dialogical process of memory visible, and suggests how discussion of the narrating-narrated I relationship in visual-verbal media such as autographics might be reframed in a transnational context. Bashi’s remembering of the Revolution calls attention to different nuances than Satrapi’s and confesses to breaks in memory that may trouble readers of the autobiographical, even as they note the textured complexity of her story.

Bye-Bye Babylon, a graphic memoir by Paris-based painter Lamia Ziadé of growing up in 1970s Beirut, uses separate text and drawings to depict how childhood was interrupted by civil war and the challenge of transmitting memories of it from a Western elsewhere. In her experience as a child of the revolution of 1975-79 she registers the shock of the unanticipated and tracks the objects that adhere to memory.

These books not only mark similar moments of revolution but also narrate across the distance of other languages and representational practices, articulating different parameters of and issues in transnational graphic memoir of the Middle East.

Bringing together graphic narrative, Eastern European and American Studies, this paper discusses the multilayered processes of producing, circulating, and reading Aleksandar Zograf’s Regards from Serbia: A Cartoonist’s Diary of a Crisis in Serbia (2007). The book compiles comics originally published in English in the US and the UK, as well as emails and a graphic war diary. Drawing on Zograf’s war comics and serial email correspondence to fellow cartoonists around the world, this paper will address the following questions:

To answer these questions, the paper will analyze Regards from Serbia against the background of the now canonical Safe Area Goražde (2002) and The Fixer (2003) by Joe Sacco as well as several less familiar comics about the Yugoslav wars: Bosnian Flat Dog (2006) by the Swedish cartoonists Max Andersson and Lars Sjunnesson, Fax from Sarajevo (1998) by Joe Kubert, and Notes for a War Story (2007) by the Italian artist Gipi. In this context, Zograf’s eclectic graphic narrative appears as, on the one hand, an agent in the transnational circuit of images and narratives about the Yugoslav wars, and, on the other, a mirror of the complex encounters between the former Yugoslav space, Europe, and the US during and in the aftermath of the conflict.

4. “Conceiving the Cosmopolitan Muslim Superhero in The 99”

In publishing The 99, the Teshkeel Media Group and their founder Naif Al-Mutawa have broken new ground on which the superhero genre, firmly attached to the values and norms of a Western cultural realm, had never before gained a foothold. This paper will follow the traces of an evolving new cosmopolitan type of superhero as conceived in The 99. At first sight, the series and its main protagonists almost perfectly exemplify the superhero genre: a group of (teenage) heroes, provided with abilities that distinguish them from the rest of humanity, fight in a collective effort against evil of various kinds. Remarkably, though, this new breed of superheroes derives its extraordinary powers from Islamic mythological roots. Although their nationalities, social and ethnic backgrounds, and personal motivations are as diverse as possible, they are joined together by the salutary powers of a moderate and cosmopolitan Islam. This paper examines The 99 as an evolving media franchise that exemplifies how a genre originating in American popular culture is in fact embedded in “a world system … in which the exchange of commodities, the flow of capital, and the iterations of cultures know no borders” (Paul Lauter, qtd. in Shelley Fisher Fishkin, “Crossroads of Cultures: The Transnational Turn in American Studies,” American Quarterly 57.1 [2005]: 21). Furthermore the paper will argue that, by promoting the idea of a post-national society rather than openly propagating a battle for “the Islamic way,” the series emblematizes an essentially humanist and universalistic Islam, emphasizing ethnic and gender diversity in view of a globalized world of shifting boundaries and identities.