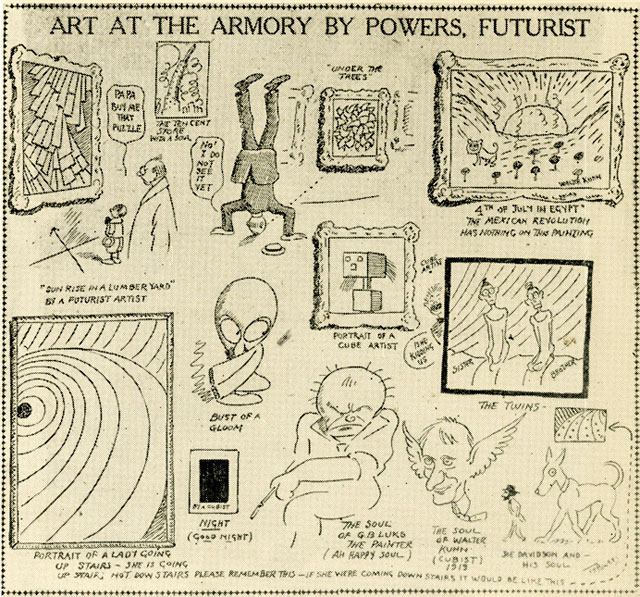 Comics and the “fine arts” have a long history of both connection and divergence. In our current moment, comics are entering the space of the museum. For example, these past two years have brought significant shows by Robert Crumb, Art Spiegelman, and Daniel Clowes. At the same time, the often-tense relationship between comics and canonical art has drawn increased critical attention—as seen for instance in Bart Beaty’s monograph Comics versus Art (2012). This panel will address questions such as, How have comics communities and fine arts communities been separated, and are these separations productive? Are they now becoming less distinct? Where is the overlap? Where can we trace the mutual influence of comics and fine arts? What works might not fit comfortably into either of these categories?

This paper explores the passionate and productive engagement with popular graphic-narrative art that Anglo-American novelist Henry James (1843-1916) and Chicago artist Henry Darger (1892-1973) had in common. Besides the fiction for which he is remembered, James wrote some of the finest early criticism we have of what was at the time the emergent art of cartoon humor and literary illustration in the first mass-circulation magazines. Besides newspaper comic strips and reproductions of “fine art” paintings, Darger frequently drew on the cartoons and illustrations in the glossy magazines of his time for the drawings and paintings he produced so abundantly in the mid-twentieth century. In addition to their engagement with graphic texts, James and Darger also shared a fascination with the impact of war, specifically the Civil War and World War I, on their respective worlds, and both responded to the crises of war and militarism (unprecedented mass violence, survivor grief and guilt, displacement of children) with complex fictional narratives in which girls and young women are recurrently figured as primary objects of identification and projection as well as of intermittent abjection. Do these shared involvements in graphic narrative, the effects of war, and the practice of male identification with girls intersect with each other in more than accidental or arbitrary ways? The example of Gertrude Stein (1874-1946), who exhibited similar commitments—an intense engagement with graphic and visual production in her writing, an enduring concern with the long-term effects of war and with the practice of identification across gender and generation—suggests how the common features of James’s and Darger’s work and careers follow a certain political, historical, and aesthetic logic.

2. “Cartoonists Greet the Future: The Antiart of Comics, Modernism, and the Armory Show”

Exactly 100 years ago, the Chicago Tribune sent its stable of cartoonists, including John McCutcheon, Clare Briggs, Sidney Smith, and Frank King, to have a meeting with Modernism. They were invited to preview and offer their visual reaction to the International Exposition of Modern Art, Chicago’s hosting of the already infamous “Armory Show.” While the Tribune may have expected an offering of cartooning ridicule and incomprehension, what they received, this paper will argue, were mainly expressions of recognition and common purpose. Even as most culture critics were attacking the depravity of the “futurists,” Frank King and company found a showing of shared practices and principles—including an avowed hostility to accepted artistic practices at all and to principles themselves.

To this day, comics have been presented as Modernism’s antagonist (see Beaty’s Comics versus Art). This paper will explore the prehistory of that antagonism, looking at some of the earliest intersections between modern art (cubism, futurism, and that all that the papers called “postimpressionism”) and American newspaper comics. It will document these intersections through early cartoonists’ reactions to Modernism (as in the Armory story, but many others as well); moments when modernist works themselves (Dove, Kandinsky, Marinetti) were reimagined for the comics page; and examples of how modern art and comic art were victims of the same styles of cultural critique.

More broadly, this presentation will show how the modernists of 1913 and the cartoonists who preceded them possessed a strikingly shared vision—one of abstraction and fragmentation—as well as common commitments (at least from the cartoonists’ perspective) to a specifically urban democratic anarchy. At the start of the 20th century, cartoonists looked at modernists not as frauds or freaks, but as fellow travelers, albeit of a somewhat belated variety. They greeted the future before its ascendency and said, “Been there. Done that. So what?”

3. “Not Made to Be Looked at with ‘Aesthetic’ Eyes”: Boxed Works by Chris Ware and Marcel Duchamp”

Reviews and promotional images of Chris Ware’s Building Stories (2012), his multi-piece graphic novel in a box, relate Ware’s work to Marcel Duchamp’s retrospective of his oeuvre in miniature, Box in a Valise (1935–41). Ware’s work also invites comparison with another important Duchamp work, the Green Box of 1934, purportedly an exact reproduction of working notes for his masterpiece, the Large Glass (1912–23), and drafts for the experimental text that he planned to accompany it. Like Building Stories, but unlike the Box in a Valise, the Green Box consists of assorted printed material, presenting a narrative in words and pictures, but with gaps and in no fixed order. The reader is left to construct, or at least to organize, what happens from the pieces.

Ware’s work in general and Building Stories in particular imports into the comics world an art-world problem that preoccupied Duchamp and to which the Green Box represents perhaps his best response. For Duchamp, visual art since the mid-nineteenth century has moved towards achieving an increasingly “retinal” experience of the work as pure “aesthetico-plastic” form. In this tendency, he sees a virtual disappearance of the work’s complexity in favor of a limited aesthetic effect. The challenge for his own art is to make formally ambitious work that would resist both its own tendency toward pure visuality and the beholder’s tendency to see no more than that.

Ware often claims that comics, despite their visual interest, are a kind of literature for reading (a “writing with pictures”) and not for looking at as one looks at visual art. Yet Ware’s work is distinguished by its visual fascination and formal beauty, often in a way that invites beholders to ignore its fluency as graphic literature. Drawing on Duchamp, my paper will consider this tension between graphic legibility and “aesthetico-plastic” beauty in Ware’s comics work.