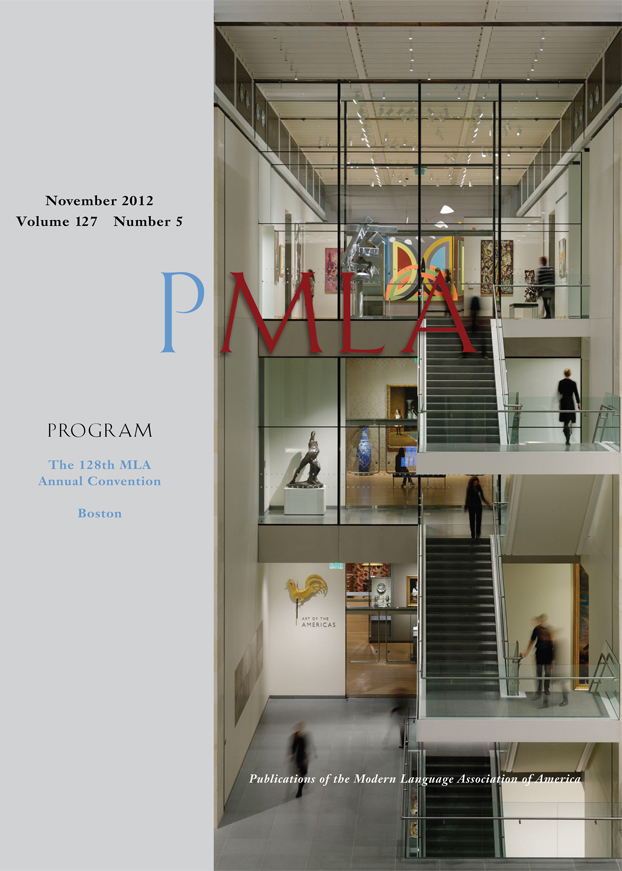 Updated, 26 Dec. 2012: Besides the three panels and the cash bar (!) sponsored by our Discussion Group (i.e. the Comics and Graphic Narratives Group), MLA 2013 in Boston will host several other sessions dedicated or strongly related to comics studies, as well as many individual papers that, as far as we can tell from the program, relate to the field. Though the number of comics-themed events this time around does not quite match the all-time high set by last year, interest in comics at the MLA obviously remains strong—a hopeful sign for the future!

Sadly, the MLA’s searchable online program does not include the search term comics or graphic narratives in its drop-down menus, and, though it is possible to type those words (or any words) into the search field, not every panel or paper related to comics studies is necessarily labeled as such. So, skimming through the entire program remains the surest way to find all the comics-themed events at the convention. We’ve done that—and, in hopes of spreading the word about comics scholarship at MLA, we offer the following two lists.

The first list, Other Comics Studies Panels, consists of entire sessions either clearly devoted to or declaring a substantial interest in graphic narrative. By substantial interest we mean that the session either includes more than one paper definitely focused on comics and/or spotlights “comics” or “graphic narrative” in its title. Some of these panels are special (i.e. ad hoc and independent) sessions, while others are sponsored by standing MLA Divisions or allied organizations.

The second list, Individual Papers on Comics, consists of single papers that appear to focus on comics, cartooning, or visual narrative but within sessions organized around other topics. These we’ve listed by session and paper title, without listing all the other paper topics involved in these sessions.

We hope we haven’t missed any comics studies sessions or papers. If you think we have (or if we’ve misrepresented your work), please drop us a comment here so that we can correct our mistake. Thanks! We hope these lists prove helpful as you plan out your MLA experience.
…

90. Paintings and Photographs Remediated in Film, Graphic Narrative, and Newspaper

Program arranged by the Division on Twentieth-Century Latin American Literature

Program arranged by the Division on Film

In addition to these panels on comics studies, we’d like to highlight a session on another, possibly related topic chaired by our Comics and Graphic Narratives colleague Hillary Chute:

Program arranged by the Division on Popular Culture

Presenter Sarah Henzi, in her comment posted here on Dec. 21st, notes, “I will be discussing the Graphic Novel in the context of Aboriginal/Native Literature.” Thank you, Sarah!

268. Disability Discourses: Bodily Selves and the Embodiment of Deviance

444. The Kafka Factor in Post-Holocaust Film and Literature

This roundtable on “the influence of Kafka’s work on post-1945 literature, graphic art, and film” promises to include discussion of “graphic art by Bechdel, Satrapi, Shaun Tan, and Yang.” The website for the session’s sponsoring organization, the Kafka Society, clarifies, stating that participant Susan Jacobowitz of Queensborough Community College, CUNY (who is also presenting a paper on comics in panel 72, above) will speak on

new aspects of the Kafka factor in five award-winning graphic works that engage with Kafka’s works and transcend disciplinary boundaries. Two of them are films. They explore themes such as Kafka’s criticism of family and society, alienation, persecution, and the grotesque struggle with bureaucracy. Shaun Tan’s “The Arrival” (2006) features frightening and wondrous visuals without text. A. Bechdel’s “Fun Home. A Family Tragicomic” (2006) revolves around a dysfunctional family; G. L. Yang’s “American Born Chinese” (2006) thematizes fitting in and dual identity; M. Satrapi’s “Persepolis” (film 2007) illustrates an exiled Iranian girl’s experiences in Vienna and Paris; A. Folman’s “Waltz with Bashir” (film 2008 and book 2009), explores personal experiences of the Holocaust generation and the filmmaker’s involvement in the Palestinian conflict.

770. New Perspectives on Emotion and Narrative across Media