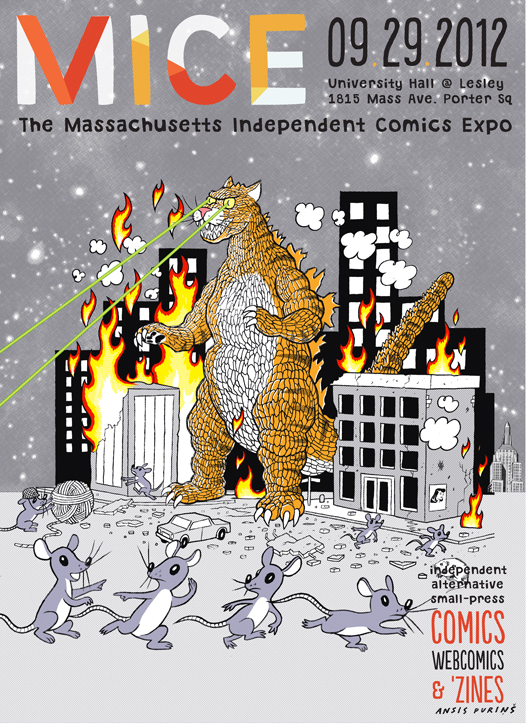 DIY (Do-It-Yourself) comics and “minicomics” are distinct from the more familiar graphic novel in at least two fundamental respects: they are relatively cheap to produce, and they sell for little money or are entirely free. Liberated from the typical economic imperatives of mass appeal and marketability, minicomics have the potential to be more spontaneous, rebellious, personal, and experimental than longer-form graphic novels—and yet they are rarely studied due to their ephemeral nature. With a regional focus befitting our Boston locale, New England DIY (Do-It-Yourself) Comics will address this neglected area in comics studies by taking a closer look at subcultures in New England that create minicomics.

1. “Minicomics and the Graphic Nonnovel”

With focus on the experimental and literary qualities of minicomics by graduates of the Center for Cartoon Studies (White River Junction, VT), this paper will argue that some of the most compelling comics by the next generation of “alternative” cartoonists are minicomics that are never intended to be part of a larger narrative or graphic novel. Stand-alone minicomics are capable of effects parallel to those of the short story, the essay, or the lyric poem rather than the novel; they are also rich with effects distinctive to their own medium and format. But because our critical paradigms and the comics marketplace now focus on long-form narratives, many interesting and adept cartoonists escape notice. Attention to the first cohorts of graduates from the CCS reveals an emphasis on the economy of short fiction and the symbolic or allegorical potential of the fable. Recent graduates are also doing strong work in lyric modes like the diary comic and in the genre of literary adaptation. This paper will consider short literary works by Joseph Lambert, Alexis Frederick-Frost, JP Coovert, Colleen Frakes, Laura Terry, and Jon Chad, all affiliated with the Center for Cartoon Studies.

This paper will explore the art comics subculture of Providence, RI, with particular focus on the profound influence of Fort Thunder, an eclectic and rebellious artists’ collective of the 1990s known for minicomics, performance art, and music. A few of the individuals involved in the original movement (including Brian Chippendale, Brian Ralph, and Mike Taylor) are still producing DIY comics, and they have been joined by a new cohort of artists who are particularly interested in collaboration and community. Independent minicomics projects, Kuhlman will argue, constitute communities of like-minded artists who maintain a vision that transcends typical economic considerations—and represent a continuation of the collaborative spirit of Fort Thunder. For example, the Comics Consortium (funded by a state grant) brings artists into local libraries to work with schoolchildren in order to produce comics, thus challenging the distinction between artist and consumer, author and reader; in the Consortium’s publications, the students’ art is presented right alongside the work of more experienced artists. This paper will also situate minicomics production within the larger context of Providence, a city that deliberately encourages artistic production as central to its civic identity.

3. “‘Like Us Be Free and Bold’: Innovation, Rebellion, and Self-Reliance in Boston Minicomics”

This presentation will link Boston’s revolutionary spirit and emphasis on self-reliance to the DIY aesthetic of local cartoonists such as Marissa Falco, Jerel Dye, Liz Prince, Cara Bean, and Jason Viola. These artists speak of and from Boston through the form of comic art, finding camaraderie in organizations such as The Massachusetts Independent Comics Expo and the Boston Comics Roundtable, which support and promote up-and-coming comic artists working in the New England area. Furthermore, these artists embrace the city’s tradition of innovation, utilizing new technologies such as blogs, Tumblr, Twitter, and Etsy to connect with a wider audience, all while staying true to the roots of the minicomics movement: i.e., small batches of individually crafted comics. These minicomic authors connect with Boston’s revolutionary spirit, resisting mainstream comics and crafting tiny masterpieces in hours stolen from corporate jobs and responsibilities. This paper will explore the Bostonian spirit in contemporary minicomics, one that draws on a rich heritage of invention, rebellion, and independence to create uniquely personal, DIY projects.

4. “The Illegitimate Sons of Superman: DIY Publishing and the Rutland Halloween Parade”

This paper will examine the distinctive subculture of comics and zines linked with the Halloween parade held each year in the town of Rutland, Vermont. Since 1960, Rutland has hosted what city officials claim is one of the longest continuing Halloween parades in the United States. This parade is also unique because of its historically close ties to comics fandom: contemporary DIYers argue that the Rutland parade occupies a seminal place in comics history, a “first” that should be celebrated. Clearly, the parade stimulated a great deal of DIY fan publishing, virtually all of which was resolutely noncritical and focused on DC and Marvel superhero comics. However, no attention has been paid to the parade’s decline, or the ways that dressing up as superheroes may have negatively shaped the public’s perception of comics readers and fandom. Forty years on, similar conditions persist: superheroes still dominate the medium, even while some creators work in different genres to reach a wider audience. This presentation will consider to what degree DIY publishing can isolate, as well as bring together, a discourse community and a medium. 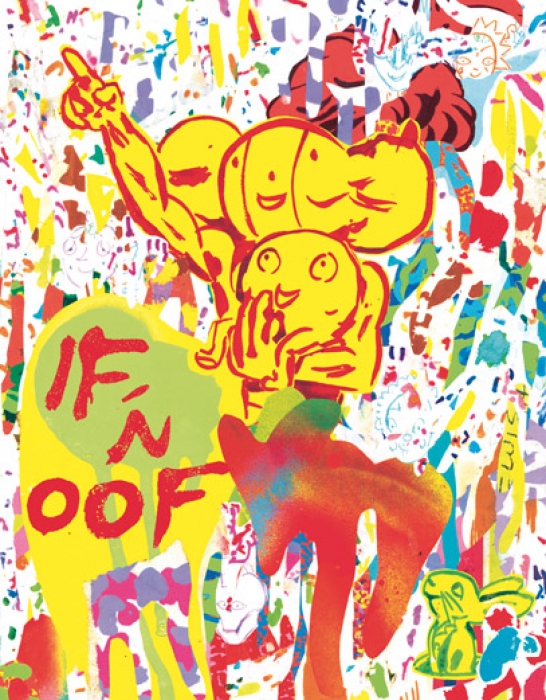