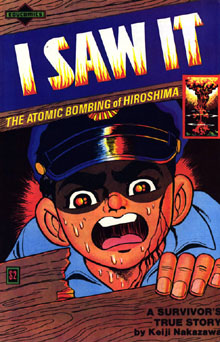 Program jointly arranged by the Division on Autobiography, Biography, and Life Writing and the Discussion Group on Comics and Graphic Narratives

Joe Sacco’s graphic memoirs trace a space between documentary journalism and the affective power of eyewitness testimony. They problematize the relationship of history and memory even as they take up unofficial and neglected histories and gloss them via the powerful and moving detail of visual images. While Sacco’s accomplishment as a journalist has been acknowledged, study of his self-presentation reveals both his narrative strategy and the kinds of claims his graphic memoirs make about the relationship of fact to historical truth, past and present moments for historical actors, and the role of the US in world events.

My paper will focus on Sacco’s Footnotes in Gaza (2009), which concerns the massacre of Palestinians by Israeli soldiers in two towns of the Gaza Strip during the Suez crisis of 1956. As the killings were not widely reported, they have not been taken into account as “the seeds of grief and anger that shape present-day events” in the Middle East, particularly among the descendents of resistance fighters. The lengthy narrative moves between the historical past and Sacco’s present-time narration of gathering evidence in 2002-03, and between personal and collective points of view. Sacco details his efforts to interview survivors of the incidents about their memories of a half-century ago and embeds their stories within a frame narrative that observes the encroachment of the impending Iraq war onto the narrating present. He creates a persona for himself: Joe the cartoonist, a naïve and bumbling quester who does research but is not typically depicted as the artistic shaper and evaluator of the narrative. By contrast, the narrating commentary that appears in text boxes over many of the comic’s frames is an authoritative voiceover mediating interpretations to the audience. This contrast between two autobiographical positionalities sheds light not just on the framing of events but also what constitutes evidence in Sacco’s memoir. Sacco’s method of the “footnote” embeds the cartoonist’s point of view in the specifics of historical detail by using them as visual tags.

What consequences may be drawn from Sacco’s work about the way graphic memoir, with its combinations of cartoon and text in various-sized boxes, frames war? Sacco’s focus on finding interviewees to testify to events not recorded in official histories and on documenting their testimonies in four appendices is important journalistic work. But the visual depiction does kinds of affective work, both by representing the particular characteristics of individual witnesses and locales and by presenting scenes of violence and brutality as spectacles that evoke empathy as well as horror. That is, the graphic dimension of Sacco’s work goes far beyond “objective” reportage. Its filtering through the modest persona of the cartoonist and his local-informant collaborators is crucial for engaging the situated testimonies of others. Sacco artfully combines auto- and biographical points of view into a narrative of collective witness to forgotten lives.

Recent comix criticism, particularly that of the graphic memoir, centers on the instabilities inherent in the multimodal text. Hillary Chute, Theresa Tensuan, Gillian Whitlock, Rocío Davis, and others focus on the disjunctures between word and image, across panels, and in the present narration of a past self. According to this scholarship, it is from the medium’s tensions and instabilities that it gains its political force, undermining hegemonic social structures, representing the unrepresentable, and positioning the reader as an intimate participant in its construction and implications. In this, the wartime graphic memoir comes to represent a substantial ethical presence, even as the War in Afghanistan continues into its second decade.

While I agree in general, this scholarship fails to articulate how textual destabilization leads to the reader’s critical obligation. How does the text, in a state of tension, compel the reader to assess their ideological orientation to a transnational conflict? Critics indicate that the graphic memoir is in a unique position to make an ethical appeal to the reader. But it remains unclear what this mechanism is or how it functions in the text. In the present paper, I introduce an ethical framework to the graphic memoir, a graphic ethics. In doing so, I, first, trace the origin of the debate within “autographic” criticism in order to contextualize the present intermediation. Second, drawing from Judith Butler’s post-9/11 work on Levinas’ notion of “the face,” I establish an ethical framework to substantiate the (up to this point) imprecise claims connecting formal destabilization to reader obligation. Third, I demonstrate this ethical import and its potential function in narrating memories of war through a reading of Marjane Satrapi’s Iranian émigré graphic memoir Persepolis.

Drawn from research for my second book, “Disaster is My Muse”: Visual Witnessing, Comics, and Documentary Form, this paper focuses on Japan, where Hiroshima survivor Keiji Nakazawa’s pioneering war account I Saw It and subsequent series Barefoot Gen proposed comics as a form of witness across national borders. In 1978, Barefoot Gen was the first manga translated into English, by a group of international peace activists.

I Saw It, Nakazawa’s inaugural “atomic bomb manga,” established a serious documentary mode for comics in Japan. I analyze its publication history to contextualize its innovation. Nakazawa’s early attempts to create comics about Hiroshima in the late sixties, all fictional, were considered politically radical and therefore had been marginalized. I Saw It (1972), his eyewitness account of August 6, 1945, became an unexpected success despite the climate of the early 1970s, a time when the atomic bomb was associated with embarrassment and shame—and silence. I Saw It visualizes the effect of the intense physical disfigurement inflicted by the bomb, such as bodies with flaps of dissolving skin dripping off of their frames. These graphic details show that Nakazawa’s intervention resides as much in his visual idiom as in his political content.

I conclude by presenting 1972 as a world-important moment for comics, a moment when artists in Japan and in the US produced major, field-establishing works of nonfiction comics—on the other side of the globe, Art Spiegelman created, for an underground comic book, his three-page comics story “Maus.” By looking at substantive innovation occurring at the same time in work explicitly engaged with different sides of WWII, we can begin to see why the early 70s gave rise to what, perhaps, has become the most trenchant kind of work within today’s comics field: nonfiction, and nonfiction specifically addressing the fallout of war.

…that is why it is important to write in the first person. It would be very difficult to get that feeling across if you were pretending you were not even there, as traditional US journalism does.

In comics such as Palestine and Safe Area Goražde, Joe Sacco offers not only vivid, compelling accounts of life in wartime, but also criticisms of how contemporary journalism represents violent conflicts. Sacco insistently foregrounds his own position as a reporter, an outsider, a tourist, and an artist whose work depends on appropriating stories of other people’s misery, dispelling any claims to journalistic objectivity. He rejects attempts to draw false equivalences and openly criticizes appeals to neutrality, whether diplomatic or journalistic. While journalists and scholars have devoted considerable attention to Sacco’s representation of his own subjectivity, they have not yet examined how Palestine, his first novel-length work of comics journalism, replicates many of the same journalistic practices that Sacco disparages.

Some of the testimonies Sacco records in Palestine, particularly stories of intra-Palestinian violence, prompt Sacco to fall back on neutralistic detachment and professional objectivity, presenting secondhand accounts and conflicting views without expressing his own opinions. This practice, popularly known as “he said, she said” journalism, allows reporters to maintain the appearance of impartiality that press critic Jay Rosen (adapting a term from philosopher Thomas Nagel) calls “the view from nowhere.” Contrary to its reputation, Palestine periodically resorts to this viewpoint, selectively suspending Sacco’s willingness to comment on the events and people he observes.

These practices extend to Sacco’s visual narrative, where similarities in framing, panel
composition, and body language sometimes equate Israeli and Palestinian violence. These
comparisons can be read as humanistic criticisms of any and all political violence, but
also as recourses to the very equivalency Sacco criticizes earlier in the book when an
Israeli soldier compares Palestinian and Israeli extremists. Caught between its gestures
toward observation and commentary, participation and detachment, subjectivity and
objectivity, Palestine remains complicit in the journalistic conventions Sacco denounces,
a dilemma that Sacco confronts in his graphic and reportorial styles.