Old CFP: Why Comics Are and Are Not Picture Books (MLA 2012) 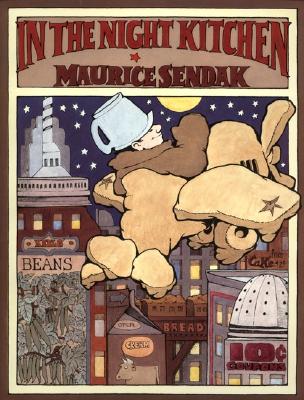 Why Comics Are and Are Not Picture Books

NOTE: The deadline for this CFP has been extended to 12 March!

This panel will explore the possible relationships between comics and picture books, two imagetext genres implicated in children’s literacy learning which, despite overlapping formally and aesthetically, nonetheless stand apart socially and culturally. The potential application of picture book theory to comics, and, conversely, comics theory to picture books, promises to challenge this apartness—that is, to call into question the generic distinctiveness of the two forms. In that spirit, this panel invites participation from multiple perspectives, including but not limited to genre theory, education, history, formalism, aesthetics, semiotics, and ideological criticism.

Discussion: Scholars of the picture book (e.g., Nodelman, Nikolajeva and Scott, and op de Beeck) have gestured toward, in some cases briefly addressed, the aesthetics and reading demands of comics. By the same token, comics theorists (see e.g. McCloud’s Understanding Comics and Varnum and Gibbons’ anthology The Language of Comics: Word and Image) have in effect suggested, if not yet pursued, formal likenesses between the genres. Yet the critical dialogue between the genres remains muted. This panel will seek to enliven that dialogue by posing questions such as:

The creative dialogue between the two genres has intensified: consider for example comics-oriented picture books by David Wiesner, Art Spiegelman, Eleanor Davis, Posy Simmonds, Peter Sís, Mo Willems, or Marcia Williams; continued interest in classics such as Maurice Sendak’s In the Night Kitchen or Raymond Briggs’ The Snowman; and recent genre-blurring texts such as Shaun Tan’s The Arrival or Brian Selznick’s The Invention of Hugo Cabret. This proposed session would encourage a critical conversation to match: diverse, energetic, and timely.

Several factors make this an opportune and even urgent topic for MLA 2012, including the many artists who have worked in both genres; the genres’ shared aesthetic and narrative resources, and the relevance of image/text theories to both; the new prominence of comics in both children’s book publishing and reading instruction; and the current struggle of the picture book market to respond to social, educational, economic, and technological change. In addition, this topic well suits MLA 2012’s location in Seattle (a bastion of comics and graphic novels) and its Presidential theme, Language, Literature, Learning, which emphasizes the role of reading in cognitive growth, educational attainment, and critical thinking. These issues are of great concern in the emerging discourse on children’s comics reading, and have always been central to picture book scholarship.

Send abstracts of roughly 500 words in Word or PDF form to Charles Hatfield at charles-dot-hatfield at gmail-dot-com. The new deadline for submissions is 12 March 2011. Submitters will receive notification of results by no later than April 1.

Please note that this CFP is for a proposed, not a guaranteed, session at MLA 2012, meaning that it is contingent on approval by the MLA Program Committee (which will make its decisions after April 1). All prospective presenters must be current MLA members by no later than 7 April 2011.